NBA Trade Deadline: Who improved and who disappointed?

After the dust settles from the All-Star Weekend, all the attention turns to the trade deadline and as always, there were plenty of interesting moves made. So who came out smelling of roses and who look to have shot themselves in the foot? Here’s a quick look at three teams who improved and three that disappointed.

Drummond and Jackson are good players who now have more talent around them. Source: USA Today

There’s always one team that likes to surprise us a little at the trade deadline and this year it was Stan van Gundy’s Detroit Pistons. They might just be floating outside the playoffs but with a solid core and some really valuable additions, they look like they could pull ahead in that tight pack in the Eastern Conference.

Tobias Harris is only 23 and can still get better, even though he’s an asset with his versatility already. They then get Donatas Montiejunas, who could still develop into a really good power forward, and Marcus Thornton, who adds to their weak bench.

When they give up a first-round pick and two role players for that much coming in, it’s nothing more than a win. Not only have they got enough to contend for a playoff place this season, they may have set up enough for a strong future too. 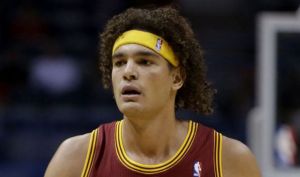 Some wil miss the sight of Varejao but the Cavs upgraded with Channing Frye. Source: The Express

While the reigning Eastern Conference champions gave up a popular player in Anderson Varejao and a conditional first-round pick, they must feel that they’ve added a solid piece in Channing Frye from the Orlando Magic.

There were a few clubs chasing the 32-year-old, including the Los Angeles Clippers, who can work well as a stretch four in the NBA. Some feel that he’s too similar to Kevin Love but that’s exactly why he’s been brought in, he can help that consistenty of emulating Love from off the bench.

With players like LeBron James and Kyrie Irving desperate for more floor room, Frye will give them that. It also takes away some of the log-jam happening under the rim with Tristan Thompson as they look to make a team that can take on the Golden State Warriors in the Finals. Or at least, they hope it will. 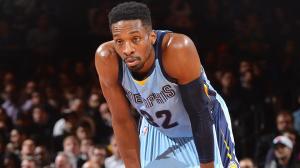 Green fills a need and is a great pickup for the price. Source: Sports Illustrated

When initial reports had the Clippers flipping Lance Stephenson, C.J Wilcox and a first-round selection for Channing Frye, it seemed like a pretty decent deal. However, when it was announced that they were getting Jeff Green for the first and last of that offer, it has to be seen as a real coup.

Green is a really solid player who could even start at the three for LA, a position of need for the last few years, as well as being able to play at the four when the team goes small ball. He already has a relationship with coach Doc Rivers and to give up a player who contributed very little seems like a bargain.

Adding to that, the pick is a 2019 selection that could even become a 2021 pick, so they could be giving up very little for some real solid production. Especially with Blake Griffin out for a few more weeks yet, Green could be a really valuable addition to compete with the other strong teams out in the West.

The Jazz have a genuine shot of making the playoffs this year but needed a point guard to make more of a contribution. with Dante Exum likely out for the season, they needed a playmaker to help facilitate the likes of Gordon Hayward and Rudy Gobert.

So they decided to trade for the Atlanta Hawk’s third guard Shelvin Mack. A player who’s statistically worse that their current two fit guards, Trey Burke and Raul Neto, in almost every area. What an incredible move.

Is he good enough to even play? If not, then why did they need to make this move? He may surprise us, he may fall flat on his face. In the end, it looks like the Jazz couldn’t decide whether to stick or twist so just did a twirl for us at the deadline. 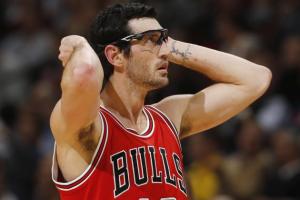 Hinrich has a lot of miles on the clock and has rapidly declined over the past season or so. Source: Bleacher Report

So as we’ve already mentioned, the Hawks moved on their third guard, which was a decent move. They also decided to keep the likes of Jeff Teague and Al Horford, so their current core remains in tact until at least the summer.

Was it the wisest move to keep Horford, who could go for free in the summer? It remains to be seen, especially if they couldn’t find a good offer before the deadline. However, they decided to make a late move for Bulls guard Kirk Hinrich, to replace the departed Mack.

Why? We may never know. They have two really solid guards, but they essentially swapped Mack for Hinrich while also giving up Justin Holiday, who had fallen out of the rotation anyway. This can only be to clear some space and maybe give the team some extra leadership they didn’t really need anyway. 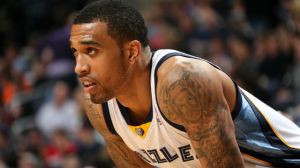 Even Courtney Lee was surprised to be traded. Source: rantsports.com

What a strange deadline from the Grizzlies, who look to have thrown their hands up in the air and hope they can rebuild again around an ageing Marc Gasol. That seems even stranger when they are sat with the fifth seed in the Western Conference.

We’ve already mentioned the Green trade, which brings in a player that will either be waived instantly or will be a complete gamble in Lance Stephenson. They also gave up Courtney Lee to the Charlotte Hornets for mainly cap space, although P.J Hariston has shown flashes of quality.